An eating disorder can affect anyone, and they are far commoner than you would ever imagine.
The main characteristics of an eating disorder can be abnormal eating habits that can consist of eating insufficient amounts of food, or excessive amounts of food, eating only certain types of food based on textures or colour.
However in the eyes of the person carrying out the behaviour there is nothing abnormal about it. Often the behaviour is driven by obsessive thoughts and so the eating serves a purpose.

Anorexia affects approximately 60,000 to 200,000 people, and it’s estimated that 1% of people aged between 10 and 20 suffer from anorexia each year. The condition can be characterised by an obsession with weight loss resulting in refusal to eat or irregularity in eating patterns.
Sufferers may become obsessive about eating rituals and develop an unusual way of eating, e.g. becoming more calorie conscious, skipping meals and avoiding certain food, selecting a small variety of foods and only eating them in very small quantities.
This is all usually done secretly. Sufferers may also go to great lengths to pretend that everything is OK, such as gathering and saving food crumbs to leave on plates, to give the impression they are eating.

Approximately 4% of people aged 14 – 25 suffer from bulimia, and like anorexia, bulimia is a serious psychological eating disorder that can be life threatening if left untreated.
A person suffering with Bulimia nervosa usually has regular episodes of overeating and feels a huge loss of control. Sufferers use what may be considered unnatural ways to get rid of the food (e.g. forced vomiting, taking laxatives or excessive exercise).
Someone suffering with bulimia will usually binge eat (often comfort foods with high levels of sugar and calories,) this may be followed by feelings of guilt, which if strong enough can force them to get rid of the food.
Some sufferers may force themselves to get rid of the food even if they haven’t binge eaten, but feel they have eaten more than they should have. As many sufferers are deeply ashamed of their behaviour, they almost always relieve themselves by forced vomiting in secret.
The exact cause of bulimia are unknown, but from experience of working with sufferers there are often psychological, trauma, family, social and cultural factors that have helped create the behaviour.

Although binge-eating disorder is not as well known as anorexia or bulimia, it still affects millions of people around the world and research suggests it affects about 2% of all adults.
Binge-eating disorder is characterised by eating large amounts of food and being unable to control the habit. Unlike bulimia, individuals suffering from this disorder do not vomit or use laxatives to relieve themselves, and are therefore usually very likely to gain weight.
Many sufferers eat secretly and then feel guilty and shameful about what they are doing, which then fuels the negative feelings they may have, creating a vicious spiral.
Misophonia
Whilst not really a disorder, with the people I work with it occurs more around the whole environment of food and eating.
Misophonia sufferers typically have strong negative emotional reactions to certain sounds, and with the people I work with, it’s often around the sound of someone eating.
These reactions range from annoyance to extreme rage. In many cases these feelings are vented on loved ones such as parents, siblings, and partners, but can eventually spread to anyone.
The sounds that generally trigger the emotions are chewing, crunching, slurping, breathing and talking. This can trigger a need (fight or flight) to get away from the environment, and so the sufferer may create an argument, or make harsh and cruel comments to create an atmosphere of silence or create an opportunity to leave the situation.

How does Hypnotherapy help me with my anorexia, bulimia, misophonia, fussy, faddy, binging or a compulsive eating disorder?

Hypnotherapy can often be a last resort for many people. You may have already been through their GP and quite possibly been in and out of clinics over many years. Most conventional treatments for eating disorders focus on changing the thoughts and behaviours around food. However this doesn’t always deal with the emotional drivers.
The good news is that hypnotherapy really can help make a difference.
Every issue has a starting point, you weren’t born with this disorder, something happened to create it.
Hypnotherapy is used to help identify and uncover the root cause behind the behaviour, so that the emotional aspect can be dealt with. Additionally, Hypnotherapy can help to improve self confidence and self image so that the individual is able to view themselves differently and clear any limiting beliefs they may have about themselves.

The next step to set yourself free is to call me directly on 0771 600 8836 or email me at [email protected] to arrange an appointment or to discuss how Piers Day can help you.

Posted in:
Tagged with: 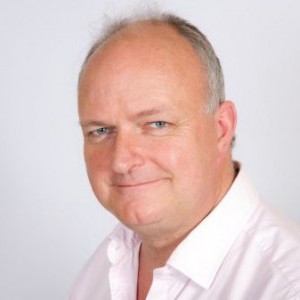 Register to receive more info..
I am a registered Clinical Hypnotherapist and Psychotherapist however my chief role is helping people through their problems and to release the emotional blockages that cause issues in their lives. As a depression, anxiety and fear specialist I enjoy helping people and use my knowledge and experience to do this.
Back to Top

You can find out more about which cookies we are using or switch them off in settings.

This website uses cookies so that we can provide you with the best user experience possible. Cookie information is stored in your browser and performs functions such as recognising you when you return to our website and helping our team to understand which sections of the website you find most interesting and useful.

You can adjust all of your cookie settings by navigating the tabs on the left hand side.

Strictly Necessary Cookie should be enabled at all times so that we can save your preferences for cookie settings.

If you disable this cookie, we will not be able to save your preferences. This means that every time you visit this website you will need to enable or disable cookies again.